As I said at the outset in explaining the origins of Video 1, you can “thank” the coronavirus for this one, too. Finding myself suddenly with much too much time on my hands, nothing to do and nowhere to go, I began to peer more closely at the bird supply in my own back yard.

Once I “discovered” the little brown creepers there, I gradually became legitimately fascinated, switching on my ever-present camera to record every interesting behavior they would show up each day to perform. My astonishment grew apace as my inventory of such interesting shots swelled as time flew to exceed 500. As Video 1 is comprised of just 5 (five!) of these shots, what was I to do with the remaining 495?

Thus was Video 2 born. Whereas Video 1 reflects in near real time the effort it takes for a creeper to capture and render its favorite food suitable for swallowing, Video 2 above draws from among the many other shots I accrued that reflect the beauty and behaviors of the birds themselves.

I must admit, using the word “beauty” now in reference to a species my camera once ignored as indeterminate “Little Brown Birds” too plain to record, gives me a twinge of guilt. As they are tiny, move quickly and operate almost exclusively in deep shade (a trifecta of factors making them difficult to film), I think I might be allowed some measure of forgiveness — I simply hadn’t seen enough of them to realize what pretty little predators they really are.

But as I spent more time observing them, day-by-day getting to know them better, I would occasionally catch flashes of them in sufficient sunlight to realize that they are not merely “brown,” but many differing shades of brown, making them quite “multicolored” indeed. Practically everything about them, in fact — from their curved beaks perfectly adapted to prying bugs from tight niches … to the patient, mellow temperament evinced around larger, more boisterous birds … and egads yes, those must-see-them-to-believe-them grappling hooks they call feet — made me realize what a truly beautiful creature nature has crafted in the often-overlooked little brown creeper.

So in the video above, you’ll see typical bird behaviors such as wing stretching and chin scratching and feather preening and more, including the patented up-tree “creeping” behavior from whence creepers derive their name. During my months-long span of shooting, I never saw them creep down a tree, always up. Once they would creep as high up the face of the tree as they desired to go, they would fly down near the base of the tree to begin creeping upward again (video evidence of which dashed my neighbor’s theory that the singular design of their gangly feet must be intended to help it creep downward … nope, sorry). I still scratch my head when viewing close-up footage of the right foot of my favorite creeper, and wonder (maybe some sharp-eyed viewer reading this will know for sure?) if perhaps that foot might be somehow deformed. This bird had a decided hitch in its gait, which helped me differentiate it from the five other creepers I saw regularly, none of which shared this trait.

But my favorite behavior of this particular bird, once he became fully accustomed to my everyday presence, was his habit after gulping down one of his favorite big bugs, of drifting off to sleep while resting post-meal, just an arm’s length from my own perch on the porch. On numerous warm afternoons, with summertime sunlight filtering down through the spruce boughs overhead, I joined him in what I’m sure he would prefer I not call catnaps. I awoke a couple of times to find him just sitting there, blinking his eyes at me, and what he beheld sitting in my chair I can only guess. Who knows? Maybe he’s somewhere right now, telling other birds about his amazing close-up encounter with a human being last summer. 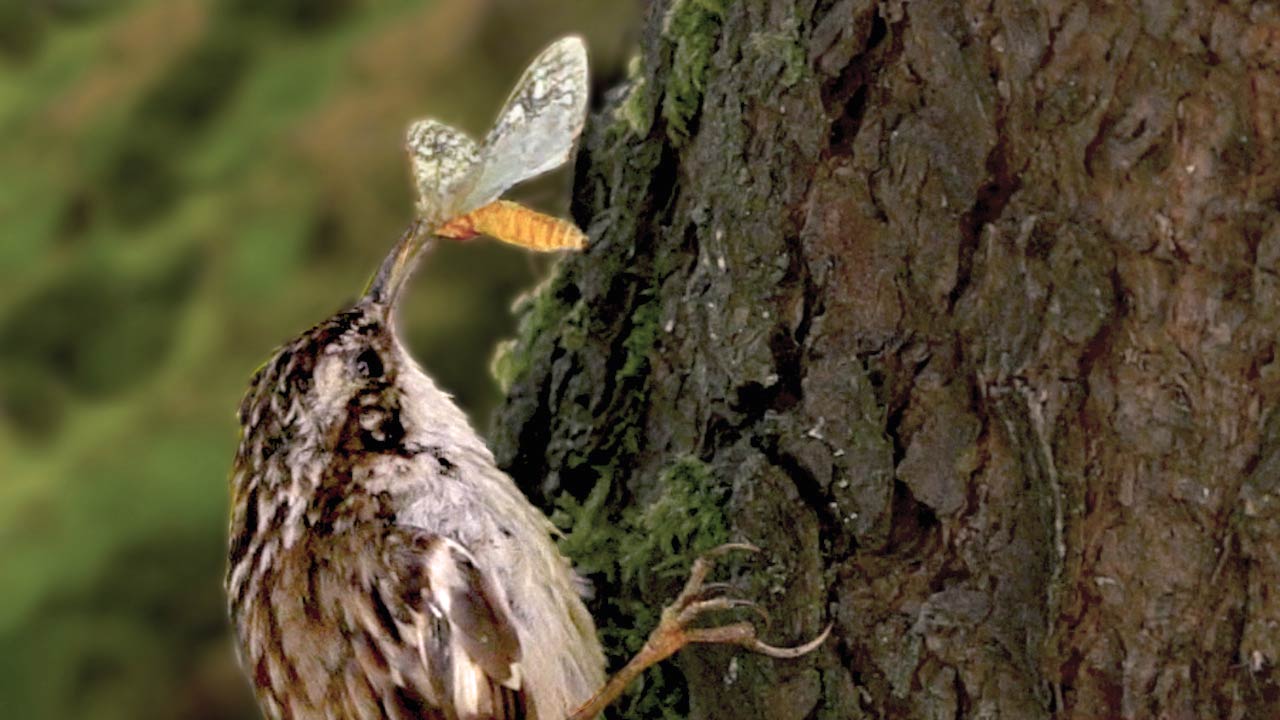 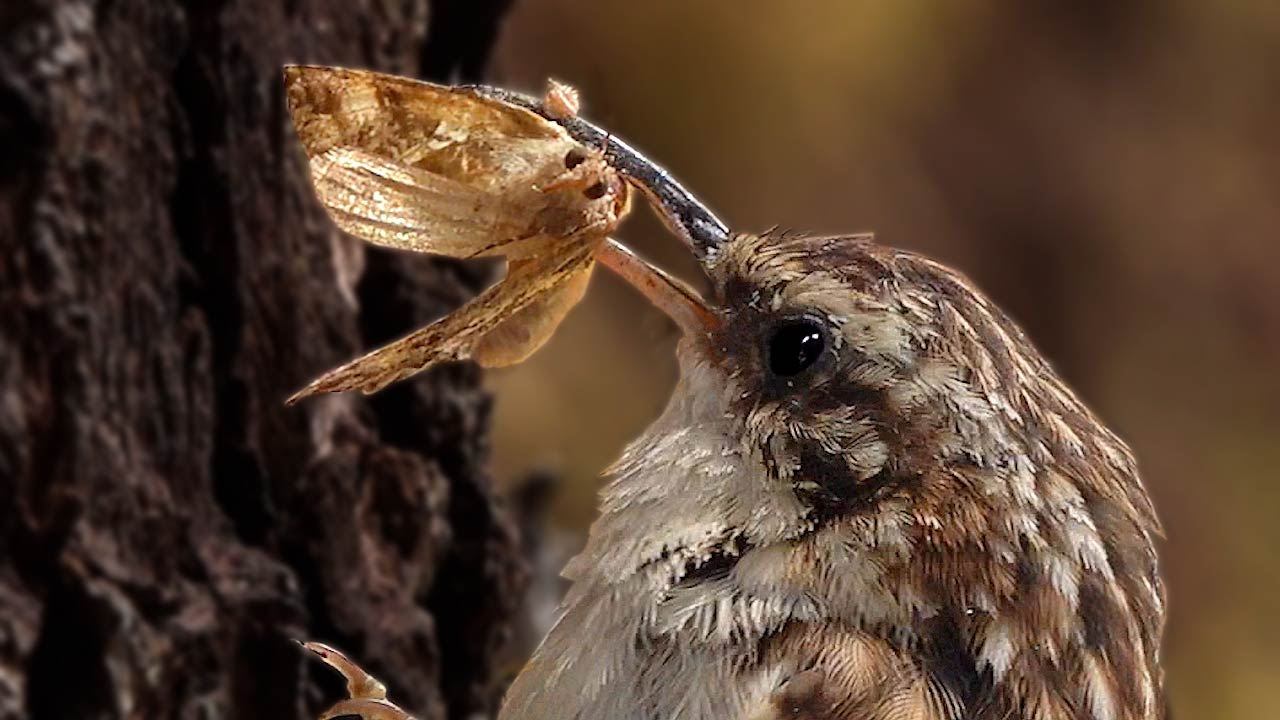