This was quite a performance.

While I’ve observed several colonies of burrowing owls in California, this gorgeous little loner marked just the second opportunity I’ve had to spend time with one here on the Oregon Coast. As I watched wide-eyed with camera rolling, this diminutive visitor — just 10 inches tall — treated me to most every “bird trick” I’ve learned to look for, and always hope fervently to see, while filming birds.

“Bird tricks?” Unlike still photography, which satisfies by freezing a single amazing instant in time, video requires motion to engender comparable e-motion in an audience. So while a still photographer can grab a nice portrait and run, videographers like me are typically left waiting for our subjects to perform some interesting maneuver. As a category, birds provide a substantial and broadly similar retinue of motile behaviors that I informally call “bird tricks,” but being as flighty as the feathery wonders are wont to be, subjects rarely present me with more than one or two good moves before winging away out of sight.

This little performer, however, proved quite the exception. Returning again and again to the same short stump he’d selected for a stage, he pretty much emptied his entire bag of tricks before my appreciative eyes. In perfect light. With very little wind. Against the incredible backdrop of the Oregon Coast. Rarely have I been so blessed.

Waiting and watching as nature works its magic before my eyes — camera aside, the ephemeral real-life experience I enjoy with every subject — is actually the part of the reflective process that I love most. Whether hunkering down to nap with a bachelor herd of big bull elk … or spending days under a nest, hoping to glimpse a tiny hatchling’s first look at the big world beyond … or myriad other experiences I’ve enjoyed in nature, I’m ever mindful that whatever imagery I might (or might not!) bring home will inevitably prove but a pale shadow by comparison to time spent “being there.”

But oh, how brightly did this little star shine on stage! In numerous close-ups* and slo-mos, he filled my lens with bird tricks including head turns … feather ruffles … chin scratches … wing stretches … sleepy eyes … talon teases … beak snaps … take-offs … landings … he preened, pooped and even coughed up a pellet. Being there was certainly amazing, but as you can see in the video above, some of these bird behaviors occurred so quickly, my eyes perceived in the moment just a blurry flash of feathers. Not until I got the footage home, where I could review it frame-by-frame in high-def slo-mo precision, did I fully see what I only suspected in the field. This is the part of the reflective process that, with the experience of being there still fresh in mind, combines to transport me to a place of wonder and amazement beyond description. Words simply fail.

So for the video compilation above, I decided simply to showcase the entire wide-ranging repertoire of a burrowing owl’s bag of bird tricks. I even included the poop clip (normally a delicate topic I edit around), juxtaposed as it is with the regurgitated pellet, not for its potential effect as a slo-mo gross-out, but for its interesting informational value — I found it fascinating to compare the proportionally very large pellet of waste coughing its way out of the front of the bird, to the tiny little pea shooting out the back. Different birds present different strategies regarding the elimination of waste, and this little one-two trick of owls — which I had never directly observed in concert before — struck me as an evolutionary marvel. Yes, I am easily entertained.

The rest of the footage speaks for itself, and quite clearly illustrates one final point — how lucky I was to be there for this experience of absolute beauty on Nature’s Coast, and how fortunate to be able to share it with others in such digital detail now. 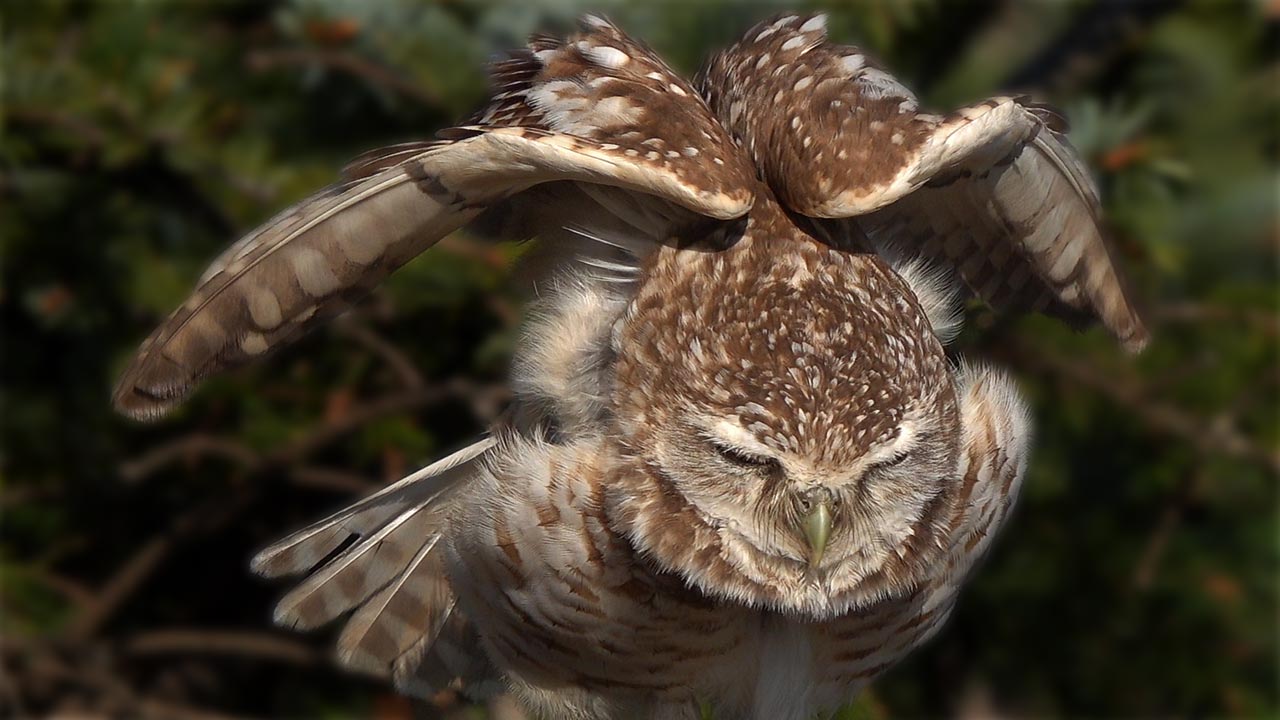