The Color of Cormorants

The cartoons of my youth were truly funny, but falsely unflattering

Daffy (with all due respect to celebrity peers Donald and Howard) might well be the most-beloved duck ever. But did you know that Daffy’s cartoon visage might actually have been inspired by (according to the Internet) a cormorant? If it’s unsurprising that, back in the days of black-and-white TV, a made-for-TV character might have been patterned after a perceived “plain black duck” … then it’s at the same time equally unfortunate that this misperception continues to be ascribed to real-life cormorants today.

Give the cormorants above a fresh-eyed gander, and you’ll see birds that are neither “plain” nor “black” nor even (I’ve been told) “ducks.” Sweep all the cartoon caricatures of your youth aside, and you might be amazed to discover how interesting and (I’ll just come out and say it here) beautiful cormorants really are.

Catch a cormorant in the right light at the right time of year, and you’ll see what a colorful creature it actually is. Given a sunny day’s chance to shine, all three of the cormorant species most commonly seen along Nature’s Coast (Brandt’s, double-crested and pelagic) will iridescently radiate shades of greens and blues that speak naught of monochromatic “black.”

Lean in and peer closely enough (binoculars highly recommended), and you’ll appreciate the cerulean eyes, various feathery crests and whiskers, and a fearsomely hooked beak among the accoutrements of design that set cormorants well apart from “plain.” Look sharp during springtime especially, when display by Brandt’s cormorants of their vivid, cobalt-blue throat patch is sure to win applause — maybe even an Oscar — as their attendant mating behaviors comprise quite the show on rocky crags along the entire coast.

Which leads us at last to “daffy” … and on this point, I readily concede that the job of the cartoon’s creators was made all too easy. Take any web-footed creature awkward as a fish on land, for whom the currency of love is a big beak stuffed full of the choicest nesting materials (er, weeds) — then add bobbing heads, fluttering wings, and flashing colors designed to attract, and ultimately win, the heart of a star-struck mate — and sure, a casual observer might well conclude, “daffy duck indeed.”

But I would interject beautifully daffy … daffy in a good way, precisely the way Nature ingeniously intended. Color me “Looney Tunes” if you must for my lonely admiration of awkward, silly-looking, all-too-common cormorants … but I do love daffy like this, whenever and wherever I find it on Nature’s Coast. 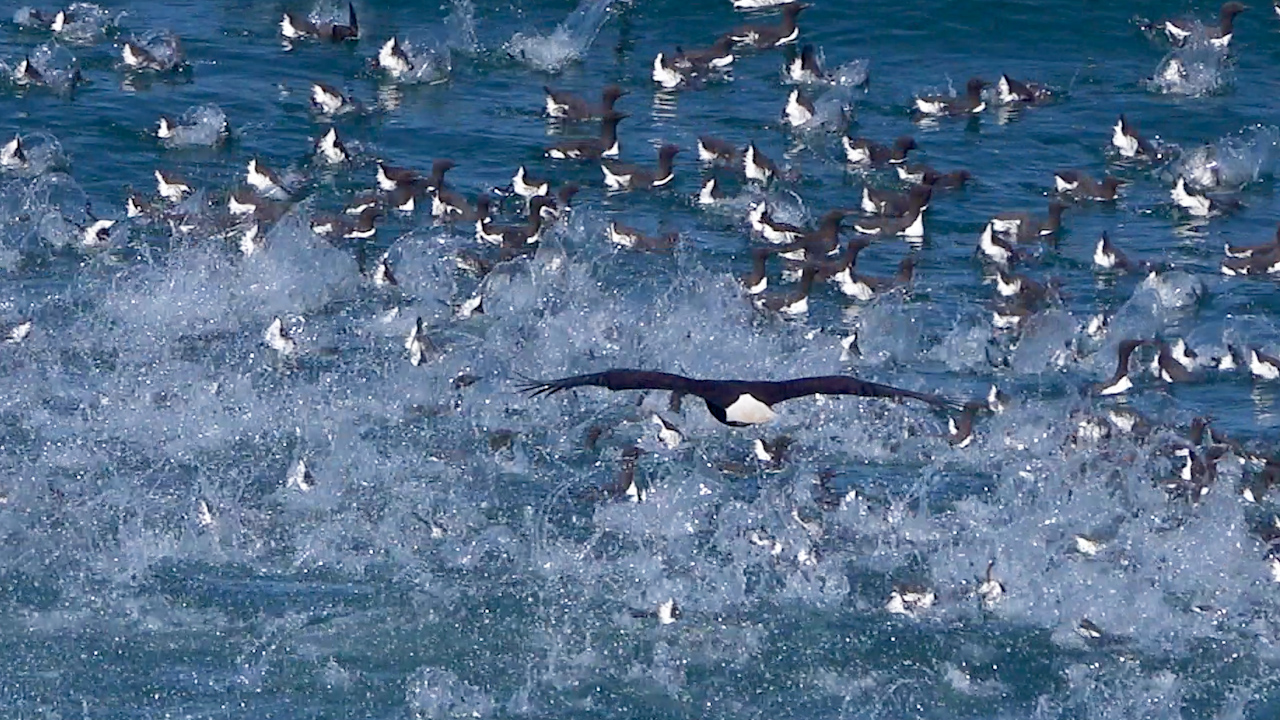 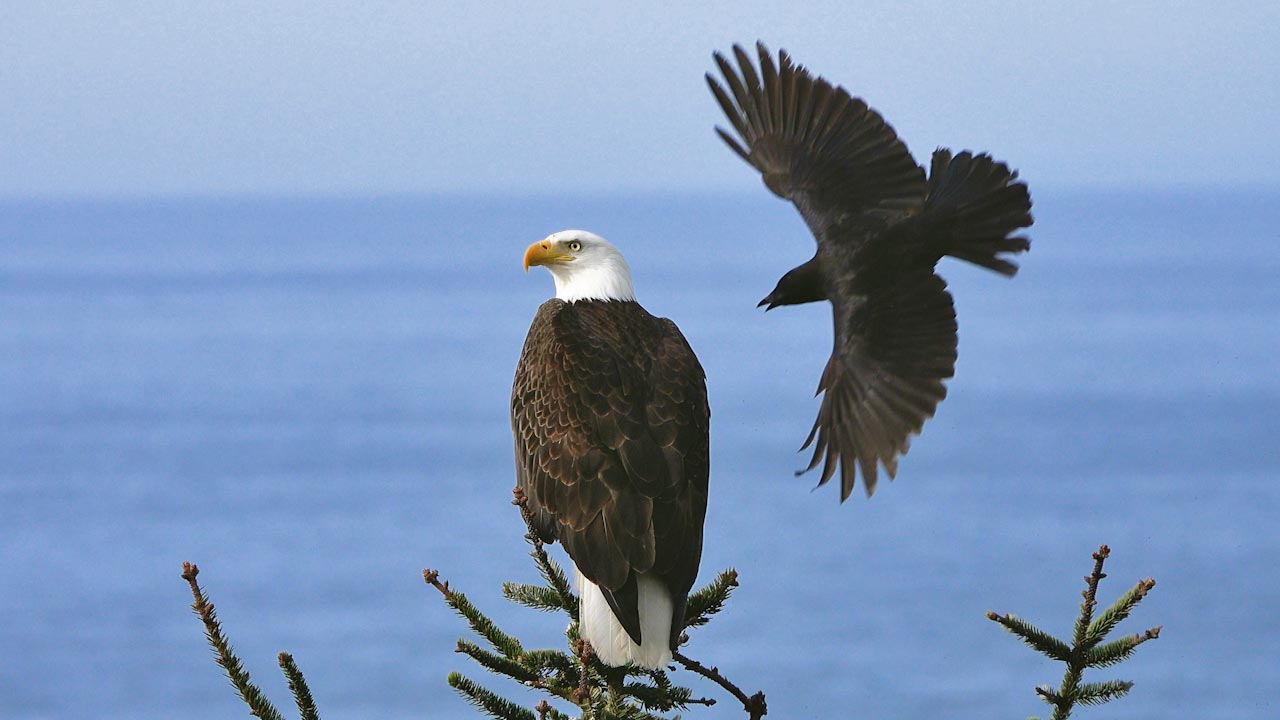 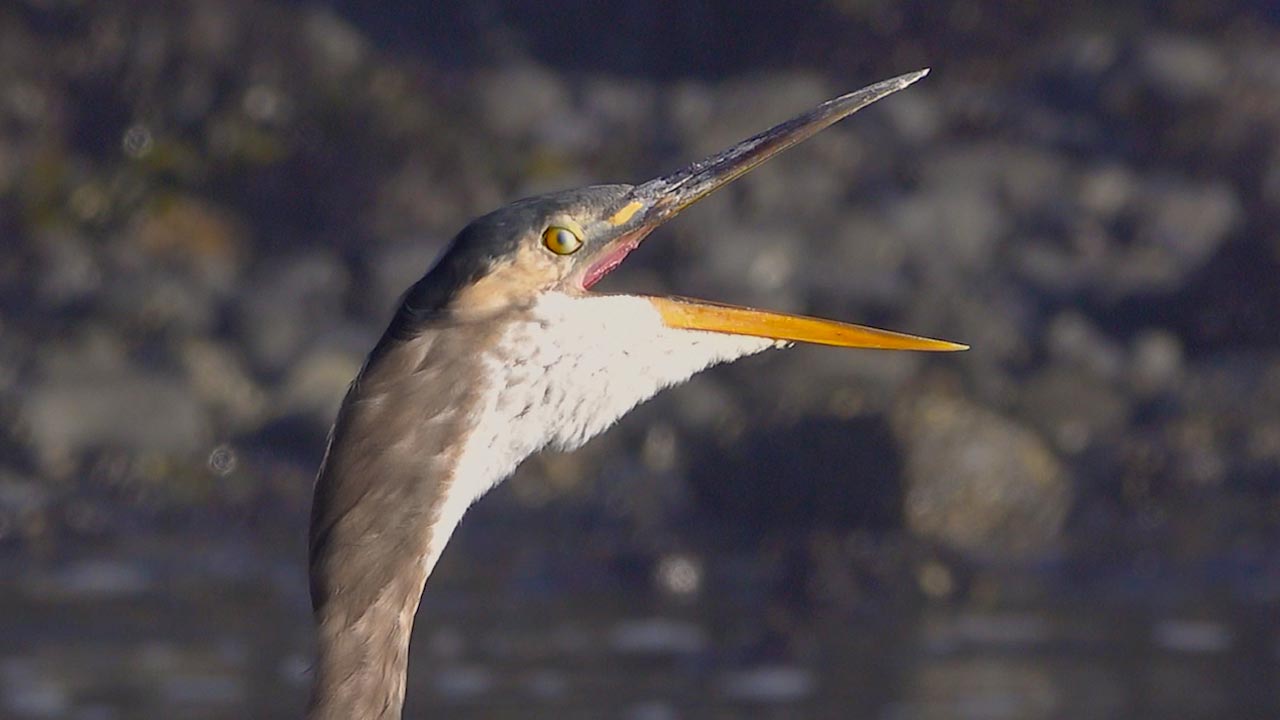