This bird's behavior had me scratching my head in wonder

Here’s another instance where behavior, rather than unadorned beauty, provides a more interesting story

As has become common knowledge among the Steller’s jays in and around my little backyard patch (where as many as a dozen of them often congregate at once), the man sitting on the deck usually has a pocketful of peanuts.

So it was no surprise to have a jay hovering about my periphery, hoping to be first in line for the next peanut parade — but, wait a second — what the heck is that bird doing?

As I watched dumbfounded, the jay suddenly tilted its head, opened its beak wide, extended its wings, and leaned strongly to one side, looking to all the world as if it were in some sort of hypnotic trance. After several minutes in this odd condition, it snapped out of it and flew away. I shrugged the episode off as a one-off anomaly, one of those mysteries of nature that are never explained.

The next day, however, it happened again. And this time, pretty sure that no one would believe my bizarre description, I grabbed my camera. As I filmed the bird (the same individual, noticeably missing a feather from his left wing), possible explanations scrolled through my mind: avian epilepsy? overheated? dehydrated? drunk on fruit? misguided display of affection for the man with the peanuts?

Fortunately for me, before I went nuts trying to figure it out on my own, someone posted on OBOL (Oregon Birders Online) an observation of a bird elsewhere in the state exhibiting the same kind of behavior, with the same question I had: what the heck is it doing? After some requisite huffing and puffing by resident OBOL experts, and a bit of time to sort through the pros and cons of the various theories offered, a consensus seemed to emerge around a phenomenon known as “sunning.” Great! All I needed to know now was: what the heck is “sunning”?

Turns out, there are as many theories on the Internet as there were on OBOL about why birds “sun” — feather health, parasite reduction, getting a good tan before heading off on vacation — so I’ll leave it to you to watch the video above, peruse the Internet, and decide for yourself. As I said at the top, trying to figure out why animals do what they do is sometimes more fascinating than a mere “pretty picture” of them doing it. 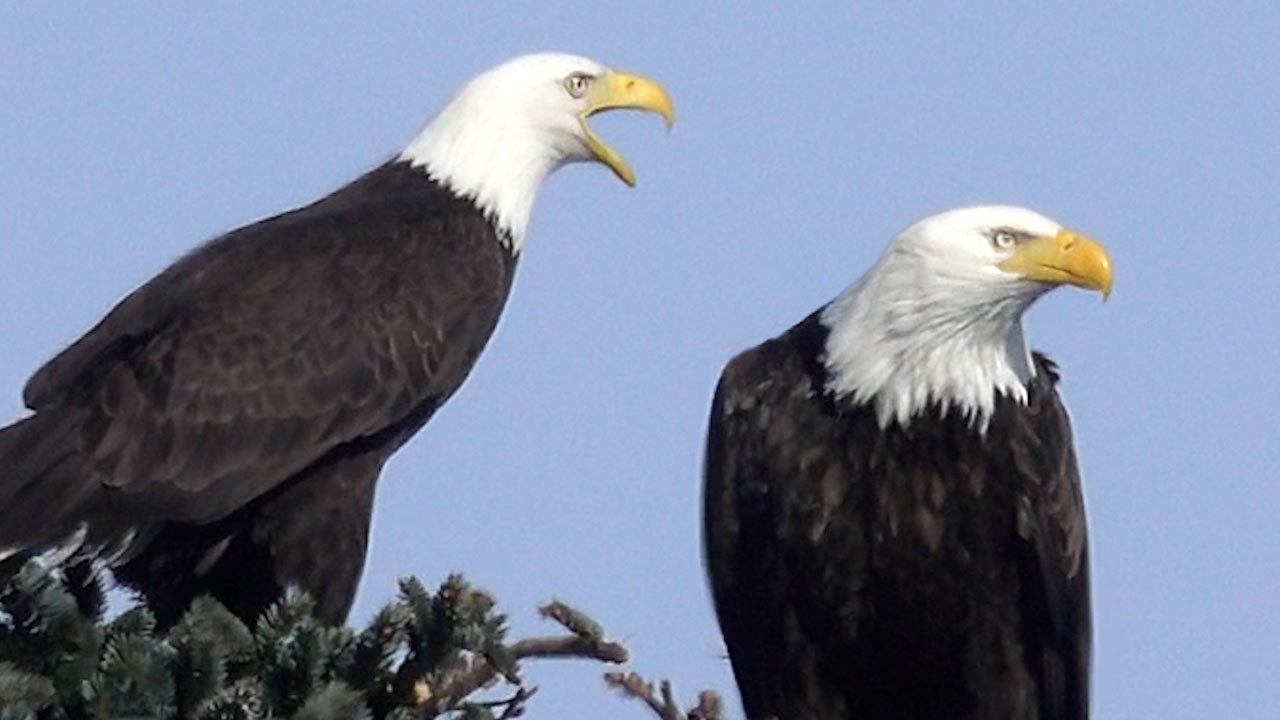 She Talks, He Listens