I first noticed the white-throated sparrow in the fall three years ago, and it (I presume it’s the same one?) has wintered in my back yard each year since. Last winter he brought two white-throated variants* back with him from wherever he journeys in the summer; typically, he departs here around the first of May.

My back-yard feeding operation attracts lots of sparrows (fox, white- and gold-crowned, house and more) which tend to mix pretty well, but this dapper fellow (whom I’ve dubbed “WT Dandy” because he is so well dressed, even by comparison to his two tan-stripe sidekicks*) operates apart from them all.

While other sparrows will hang out, rub shoulders and scratch for seeds most all day long, WT Dandy selectively visits at irregular intervals and feeds quickly, sometimes snatching a single sunflower seed and beating a hasty retreat into cover, safely out of sight. When he does hang around among his ground-feeding cousins, he’s surprisingly aggressive, periodically bum-rushing bigger birds, which surprisingly seem always to yield. My first daily glimpse of him often occurs as he sits alone at the periphery of feeding activity, never in a rush to embrace the fray, and frequently first to flush, not waiting for the wind to blow strange and frighten the flock at large.

All the above, pretty much “standard stuff” for such untutored observation as I am capable … until one spring day, with pretty little white-and-yellow chamomile wildflowers beginning to bloom in patches, I began to perceive (ever so slowly, as usual) recurring behavior that seemed to suggest a possible pattern. While I tend to steer the core mass of birds away from the pretty posies (which the local brush bunnies seem to enjoy eating) by distributing seeds elsewhere, some seeds invariably fall among the flowers. And although that’s where the least amount of food is to be found — it seems to be where WT Dandy most often goes.

It’s probably just coincidence, but look again at the photos above and see if you see the pattern I think I see. Time after time over several days, I watched the core mass of birds move away from the flowers to wherever else I planted the core mass of seeds. And time after time I saw WT Dandy return to scratch among the flowers, where he definitely found the least food waiting — but possibly found the surrounding colors most pleasing?

I don’t profess to know. I’ve learned to distrust my eyes (“did I really just see what I think I saw?”) and be thankful that my camera so rarely lies. For me, it’s always fascinating to observe, and rewarding enough to wonder. How stale I think life would become, should I ever succumb to a need to know, and cease to wonder. For me, the photos are not of themselves important, but merely a reminder of this, and a way to share my wonder with others.

As I said at the outset, WT Dandy is simply my favorite sparrow (and the only one I’ve ever named, BTW), which I so enjoy watching march beautifully to the beat of a different drummer.

*(It does, I will admit, help to know a little. I initially thought the less-well-dressed WT cousins to either be immature males or females, but according to the Smithsonian’s National Zoo & Conservation Biology Institute, a phenomenon called “polymorphism” rules the roost for WTs, with “white-stripe” and “tan-stripe” varieties comprising the species in relatively equal weight. My favorite well-dressed Dandy pictured above appears to be a good representation of the white-stripe variety. Just click here to see a video of him getting kicked out of the bird bath by a fox sparrow … adorable!) 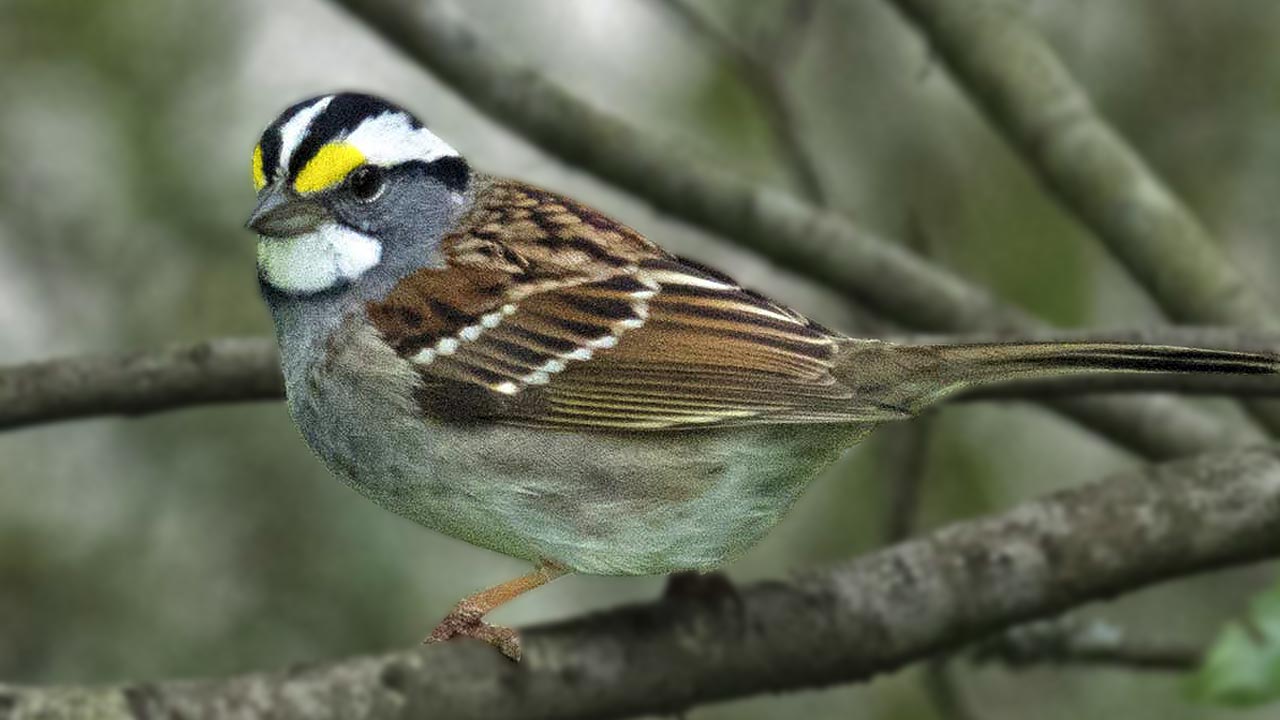