If you've seen one oystercatcher nest, you haven't seen 'em all

People tell me it’s possible to get too much of a good thing, but when the good thing in question involves black oystercatchers, I’d have to politely disagree.

My latest opportunity to observe a new family of oystercatchers (with thanks to Nancy for introducing me to the site, and Robin & Pat for allowing me to become an ornament on their property while filming it) reminded me what a “family affair” oystercatcher society truly is.

As parents go, oystercatchers are as solicitous as any bird species I’ve observed (and more so than some humans I’ve known). I especially love watching the adults switch incubation duties, as such close coordination connotes crystal clear communication at a level commonly thought to be beyond the ken of simple “bird brains.” I’ve seen and heard them do it, but even after long hours of observation over multiple nests, I must be first to admit — I’m not entirely sure how they do it.

Of course I’ve heard them communicate aloud — they’re nothing if not loud, when they want to be. But by now I’ve learned to speak enough oystercatcher myself to realize that most of their communications are non-verbal. Is it mom’s turn to stand guard at the nest, while dad makes a grocery run? Or vice versa? Not a shriek or squawk passes between them, but somehow both know, and coordinate dozens of transitions per day as smoothly as the changing of the guard at Buckingham Palace. Could they be telepathic? Cosmically linked? Secretly connected to Facebook? I can only see them communicate on channels I don’t fully receive (especially Facebook!), but can only surmise.

Watching them run through their nesting routine A to Z — from site selection, through the stages of egg laying and incubation, to the hatch and rearing of chicks beyond — it is clear to me that I’m witnessing a form of universal genius perfected by time immemorial. Not only do even first-time parents innately know what to do, but also when and how to do it. The problem arises for me when I think I know what they will do next … because then, of course, they invariably do something different.

Shots missed because I mis-anticipated the birds’ next move and pointed my camera one way, only to see them go the opposite, might be my first clue, but on a more significant scale, I’ve observed independent behaviors from nest to nest as well. I’ve heard experts opine that birds are all “hard-wired” to act in genetically pre-defined ways, and while I do often see evidence of such recurring behavioral patterns, I also see birds adapt their behaviors in surprising ways to meet differing conditions on the ground.

Just as they did at this nest site.

Part of the brilliant nesting strategy that oystercatchers employ (like many other ground-nesting species) places a priority on coaxing their pre-flight progeny away from the nest site as soon as their wobbly little legs will allow, thus making them more difficult for predators to find. So when I confidently offered a pronouncement to fellow observers at this site that the parents would have their chicks whisked away and hidden from view within a day of the final egg hatching (as had been my experience at previous nests), color me flabbergasted to learn the chicks were still present at the nest site … two weeks later!

While closer scrutiny did reveal, upon second look, some unique aspects of this nest site that could explain this “anomaly” in my perception of oystercatcher reality, I was only too happy to confess my ignorance and carry on. For the ongoing presence of hatchlings where and when I did not expect them presented a golden opportunity that previous nests never had — I got to observe and film the dawn-to-dusk frenzy of post-hatch effort required to sustain a trio of ever-hungry, fast-growing chicks, a sight heretofore hidden from my view. And thus did knowing less than I thought I knew give me deeper insight into the “family affair” that’s formed the heart of black oystercatcher life … forever.

I have a friend who often shakes his head upon hearing my backstories, saying, “The more I learn, the less I know.” He is a wise man, indeed. And I can hardly wait to be wrong on Nature’s Coast again. 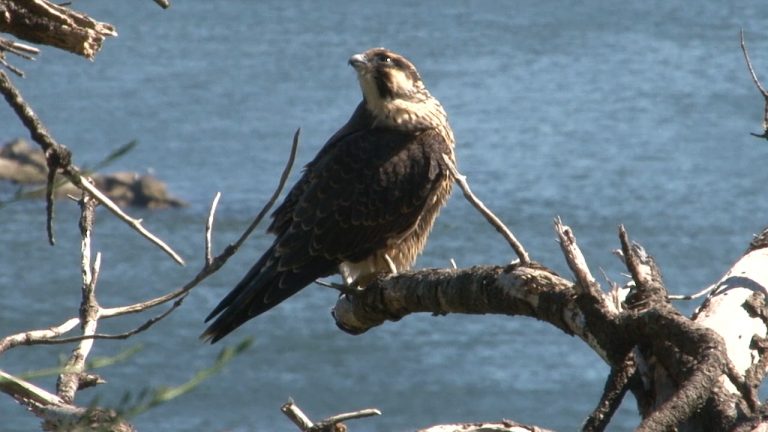 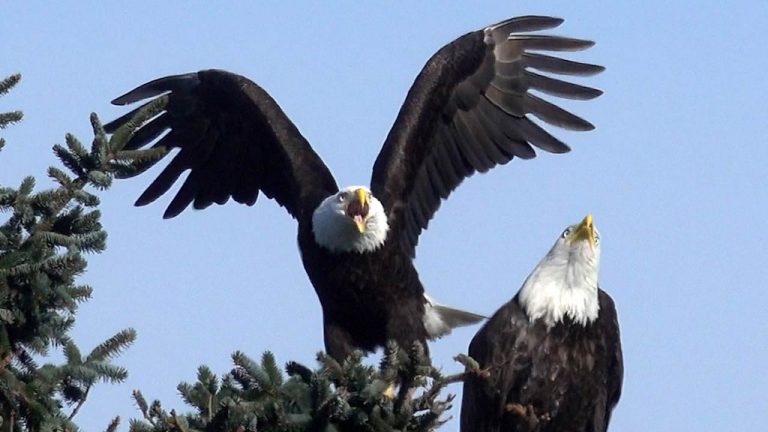 The Sound of Majesty 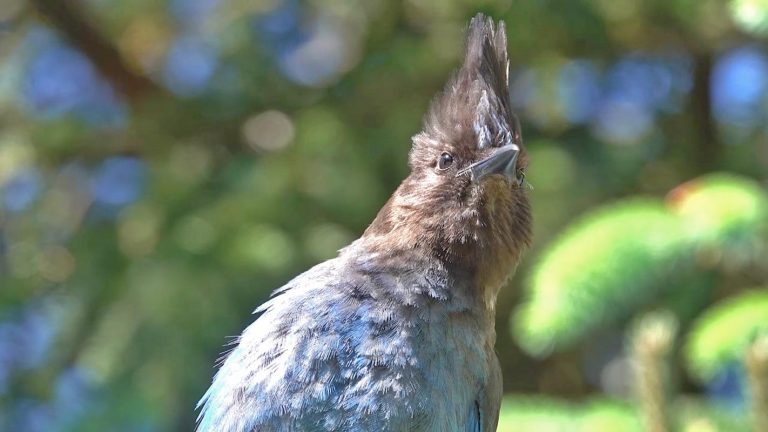 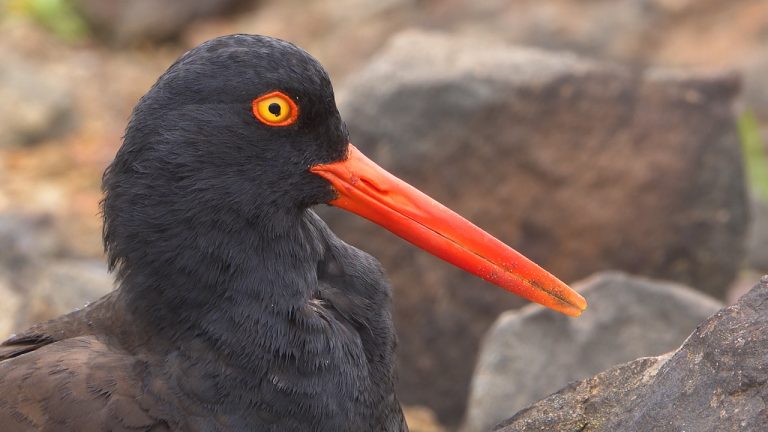 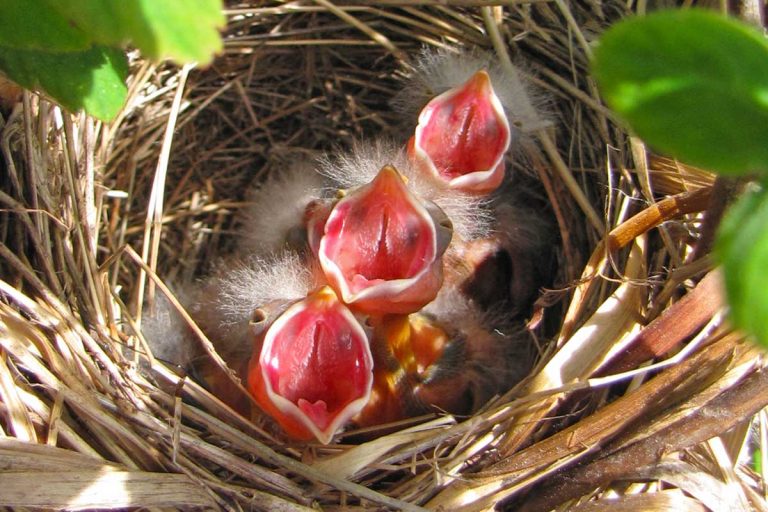 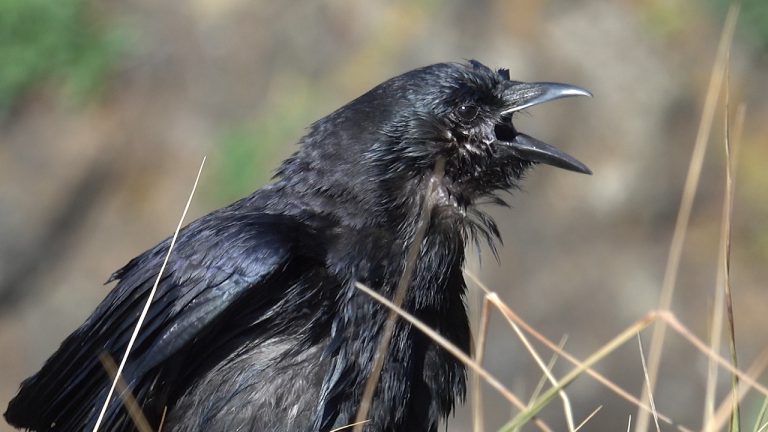