You can count on a rocky relationship with raccoons

I awoke one bright summer morning over Yaquina Bay to discover the railing of my deck sporting a luxurious coat of fur I’d never before observed. Rich and thick, it was undulating in the wind and — alarmingly — looked alive.

Shaking the sleep and surprise out of my eyes, I soon realized I was witnessing not some overnight “Chia Pet” sensation, but instead, an entire family of ring-tailed rascals apparently drawn to the robust feeding station I’d theretofore maintained exclusively for birds. Courtesy of the elevated location, with the expansive beauty of boats and bay for backdrop, my camera had been treated there to avian visitors as big as blue herons (twice), red- and sharp-tailed hawks (semi-regularly), and a broad array of smaller species varying by season. I never knew what I might see when I looked out my window … but raccoons were an unexpected first.

Thus began for me what would become a surprising, seven-season relationship with the masked marauders. That first year I simply shrugged my shoulders, apologized to the birds as I shut down their buffet — and voila! As quickly as the suet and sunflower seeds disappeared, so did the coons. But if I thought the story would end there, I had another think coming.

When I heard something scratching at my door again the following year, almost to the same day in July, I found myself compelled to peer a little deeper into the secret life of my local raccoons. With a quick bit of investigation, I discovered that mama maintained a den under the building. Since I never saw her at any other time of year, I never suspected her presence, let alone residence. And when I did see her, she was always accompanied by kits.

Over the next six seasons, it became apparent that she used this den exclusively as a maternity ward. Each year, as soon as her kits grew big enough to eat solid food and travel, she’d begin touring the neighborhood with her string of little rascals in tow, smartly going door-to-door knowing full well that when baby raccoon cuteness connects with human kindness, an endless bounty of tasty handouts quickly results. This mother coon was one smart mama.

Love ’em or hate ’em, I think most folks have a soft spot for raccoons — at first. (Like my wife used to say about men, “they sure are cute … when they’re little.”) But all too soon, the scratching, snarling, scrabbling ways of these voracious varmints (um, coons, not men) will wear out all but the warmest (misplaced) welcome. Each season like clockwork — sometimes before the cutest kit could even be dubbed “Rocky” — the traveling troupe would transform itself into more trouble than tribbles.

Fortunately for me and my neighbors, at just about that time every year, mama would judge her cadre of kits mature enough to move out into the world, and quick as a wink, out into the world she’d move them. We’d neither see nor hear the rambling ringtails again … until next season.

And each season for as long as I looked out over Yaquina Bay, I’d find part of me looking forward to the rascals’ return. Truth be told, I’d even occasionally find myself sprinkling a bit of Dollar Store kitty kibble in front of the scenic backdrop you see above — just enough, you understand, to feed my camera, not the coons. Human weakness vs. raccoon cuteness notwithstanding, I am eternally captive to a camera capable of coercing just about any activity from me needed to “get the shot.” So I’m sure you understand — while I personally would never, ever (not moi!) fall into the forbidden trap of feeding raccoons (never, ever feed them!), my camera demanded these shots. I was but a pawn in this predicament, powerless to resist … you understand.

Invariably, happy as I’d be each season to see the ferocious furballs arrive, happier still would I be to see them leave. If you’ve ever experienced raccoons in your life (or been held hostage by a camera), I’m sure you know just what I mean. 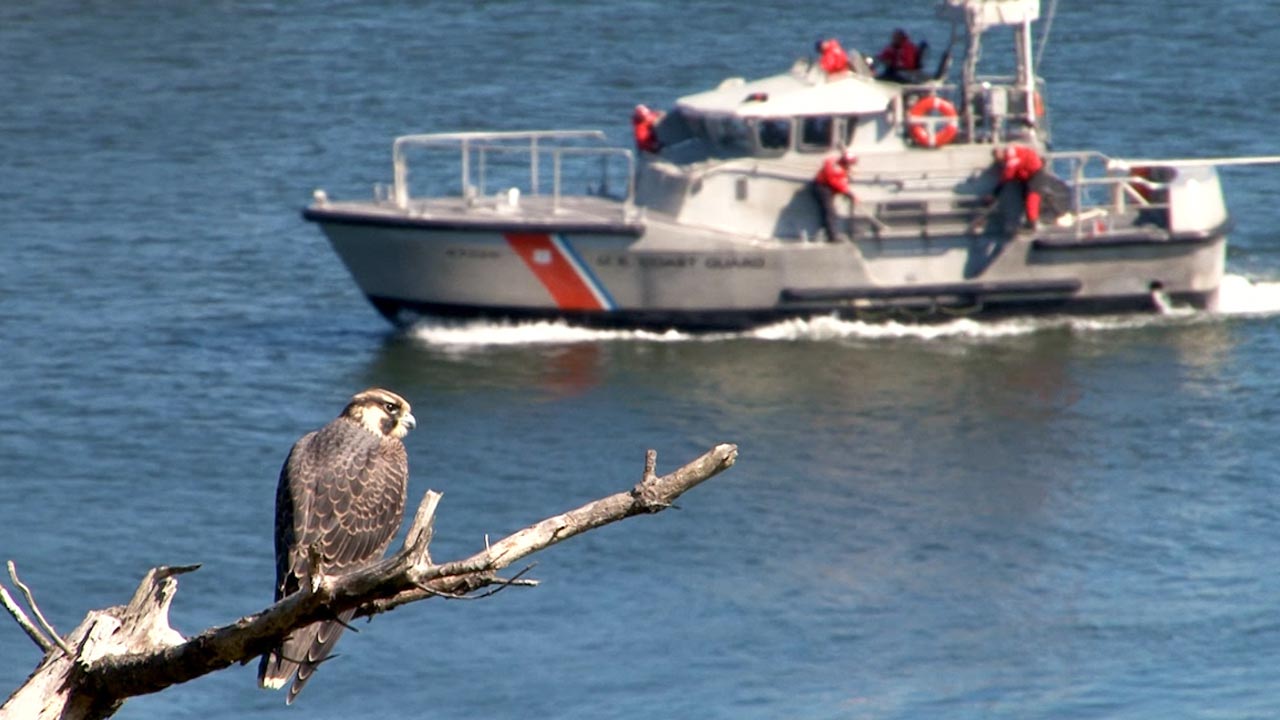 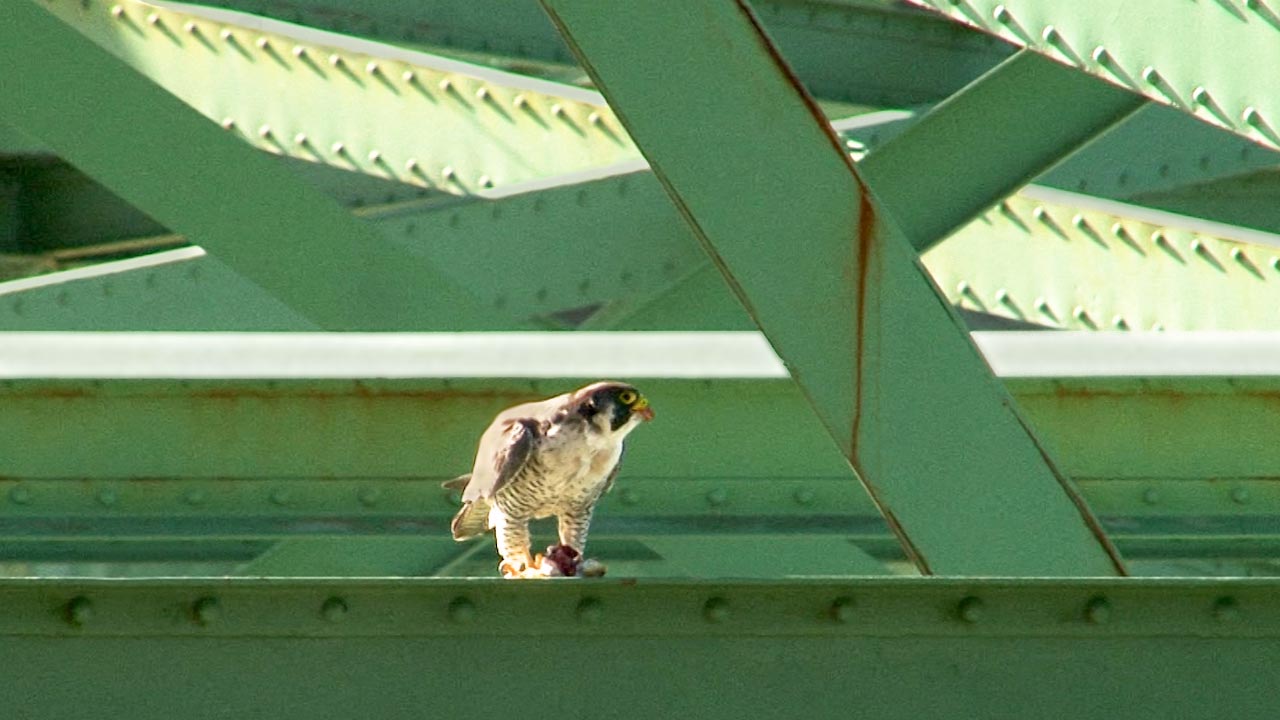 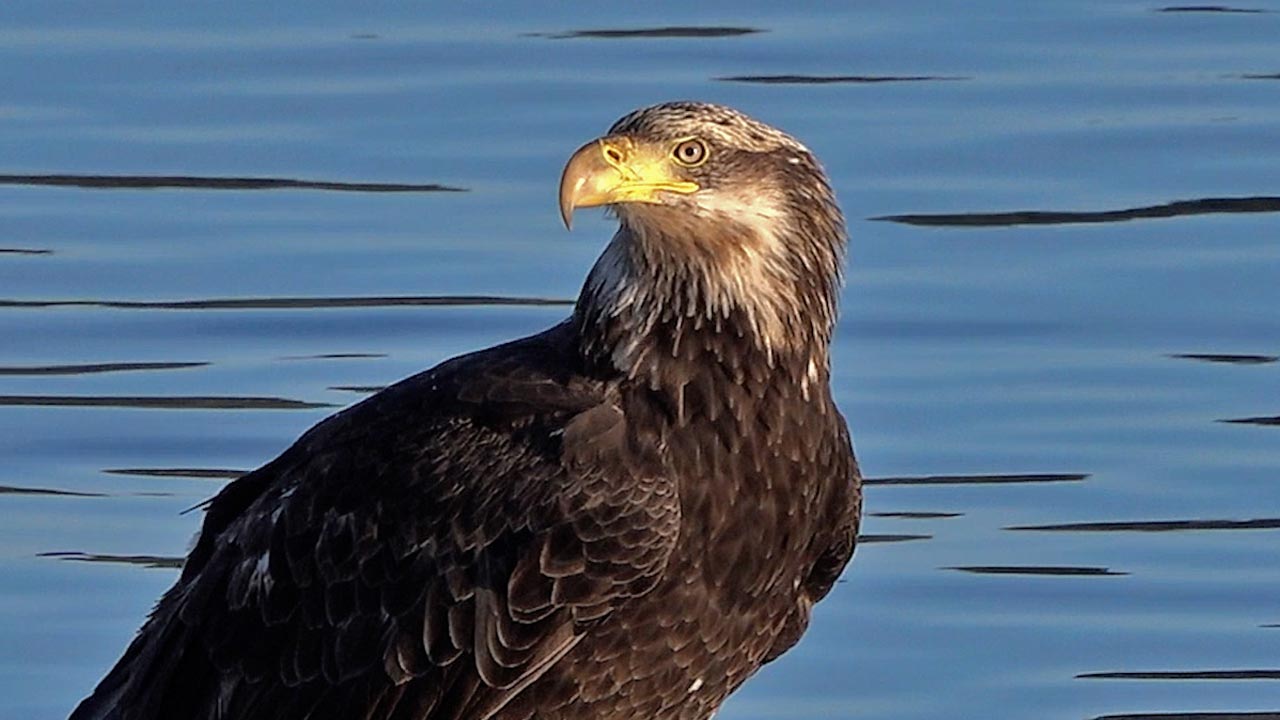